Add RestaurantPoint
West to My Calendar 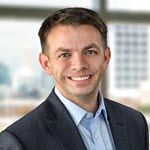 Volatility. Uncertainty. Complexity. Ambiguity. When you’re battling constant change, simplicity always beats complexity. That’s where we come in. Afterburner’s simple, scalable Flawless ExecutionSM model is time-tested and proven to break down the barriers that large, diverse teams face – and accelerate results.
Let me know if you have questions!

David “Finch” Guenthner is a 2003 graduate of the United States Air Force Academy and a current member of the Montana Air National Guard. While serving on active duty, Finch accrued almost 2000 hours in the F-16C Fighting Falcon and the T-38C Talon (a fighter/bomber trainer). Finch has Flawlessly Executed 80 combat missions in Iraq and Afghanistan, where he was awarded 4 Air Medals for his actions. Based on his performance, he was selected as one of just ninety Air Force representatives to handle the movement of Air Force One. As an advanced echelon member, he would provide and coordinate all the support for the arrival, stay, and departure of Air Force One and its crew. This required delicate coordination between local officials, the United States Secret Service, Embassies, White House Staff, and Foreign Governments

Throughout his active duty career, Finch placed a priority on higher education. He holds two Master’s degrees in Military Leadership and Aeronautical Science. He was named a distinguished graduate and earned a 4.0 GPA. In 2013, Finch was honored when his graduate thesis, “Weapon of Mass Information: Incorporating Social Media in the Information Instrument of National Power,” was selected for the Future Trends Study Award and named the #1 of 507 graduate theses. Additionally, he is a distinguished graduate of the US Air Force’s Squadron Officer School, a 6-week program that focuses on leadership and management.

In 2011, Finch founded a non-profit 5K/10K race series – Running with the Bulls – to support a local food bank. To date, the program has raised over $165,000 and has provided meals to over 100,000 individuals in need. Finch was appointed to the organization’s Board of Directors and now oversees their fundraising goals and operations.

Finch has recently separated from active duty and is now flying the C-130 Hercules for the Montana Air National Guard. In addition to providing world-class consulting services for Afterburner, Finch is also a contributing editor for a not-for-profit, non-partisan website that hopes to spur responsible change in our federal government and make it more responsive to the needs of the people.